From Kokkari we saw in the evening the smoke, and 4 airplanes dumping water. 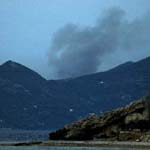 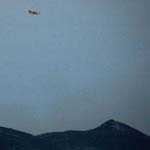 Nisi marked with the arrow.

Next day we inspected the area and found, that a big area was burned.

The big fire was stopped, but the firemen & the helicopter was still working to prevent it from beginning again. The below picture shows a part of the burned area. The first airplanes succeded to use the road close to the top as a 'firestopper'. 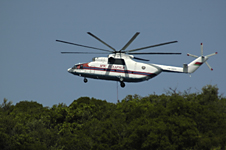 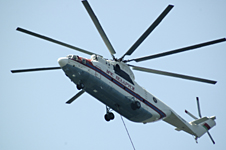 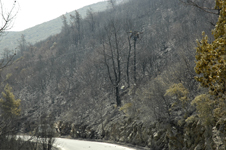 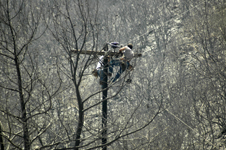 All power to the area stopped due to burned masts and melted wires. Here the electriciants are working to re-establish the supply. 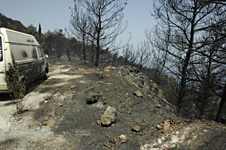 The firemen told us, that the fire began below this point, and the reason was probably due to all the rubbish dumped on the hillside.

A panorama from the road the skilled pilots used as 'firestopper'.